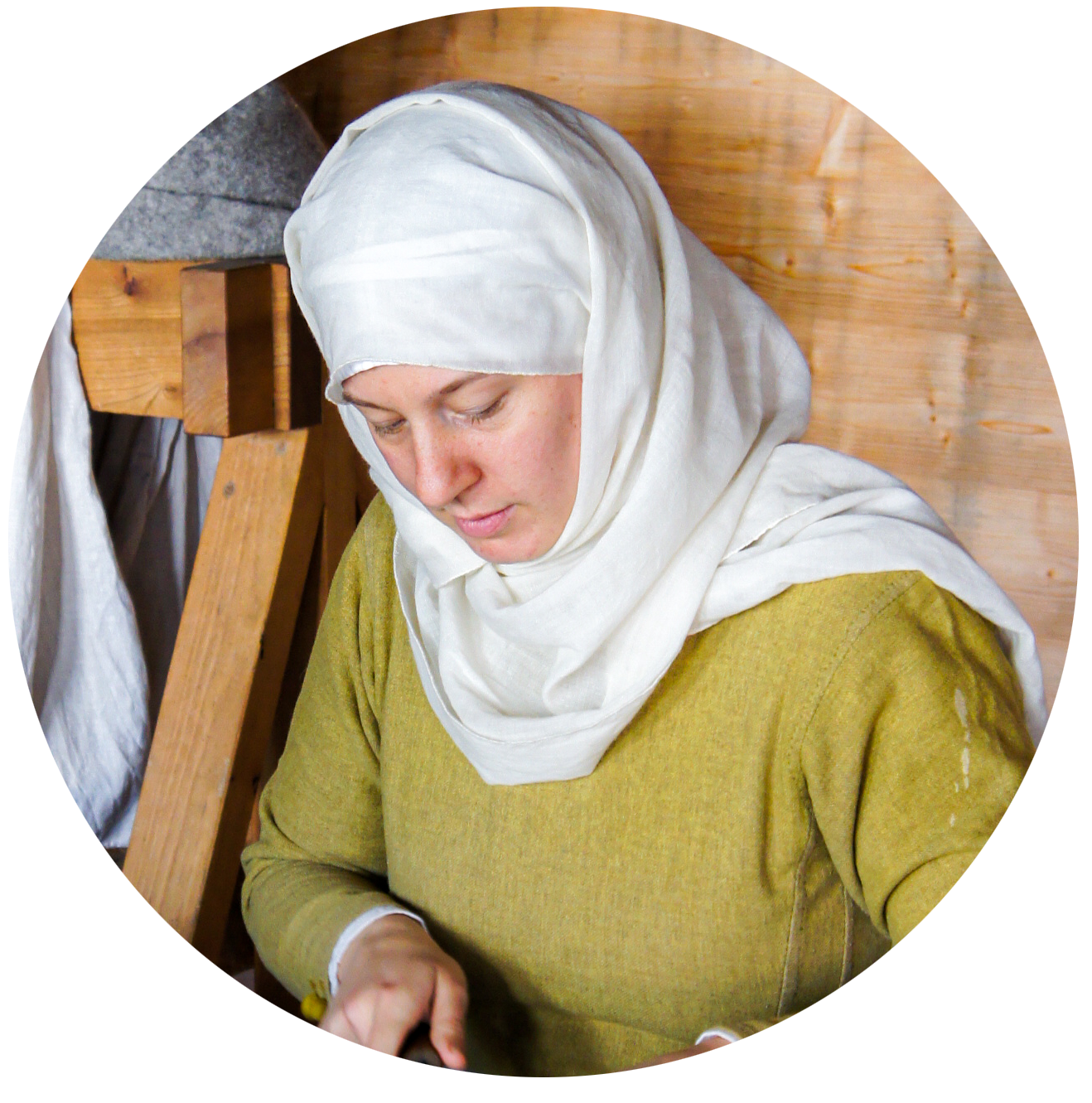 Janina Grzesina founded the Blog von guter Speise together with Wolfgang Haberl in 2016 and is focused on the buoch of guoter spîse from the middle of the 14th century since then. She combines a detailed exploration of the recipes with the sensual implementation of the same in the historical kitchen. The result are dishes that bring the historical culinary art to life in a wonderful way for both the spectators of the cooking as well as the tasters.

The buoch von guoter spîse was written in Würzburg around 1350 and was part of the house book of Michael de Leone. It is the oldest known cookery book in the German language. The recipes are divided into two parts, which may be due to two different sources.

If you want to make a fasting doughnut with whole nuts, you take exactly the same amount of apples and cut them into cubes the size of the pit (= nut)  and roast them with some honey and mix it with spices and put it on the leaves to make doughnuts. And let it bake and do not salt it.

Since the recipe mentions fasting doughnuts, I have refrained from using animal ingredients (except for the honey mentioned ;)) 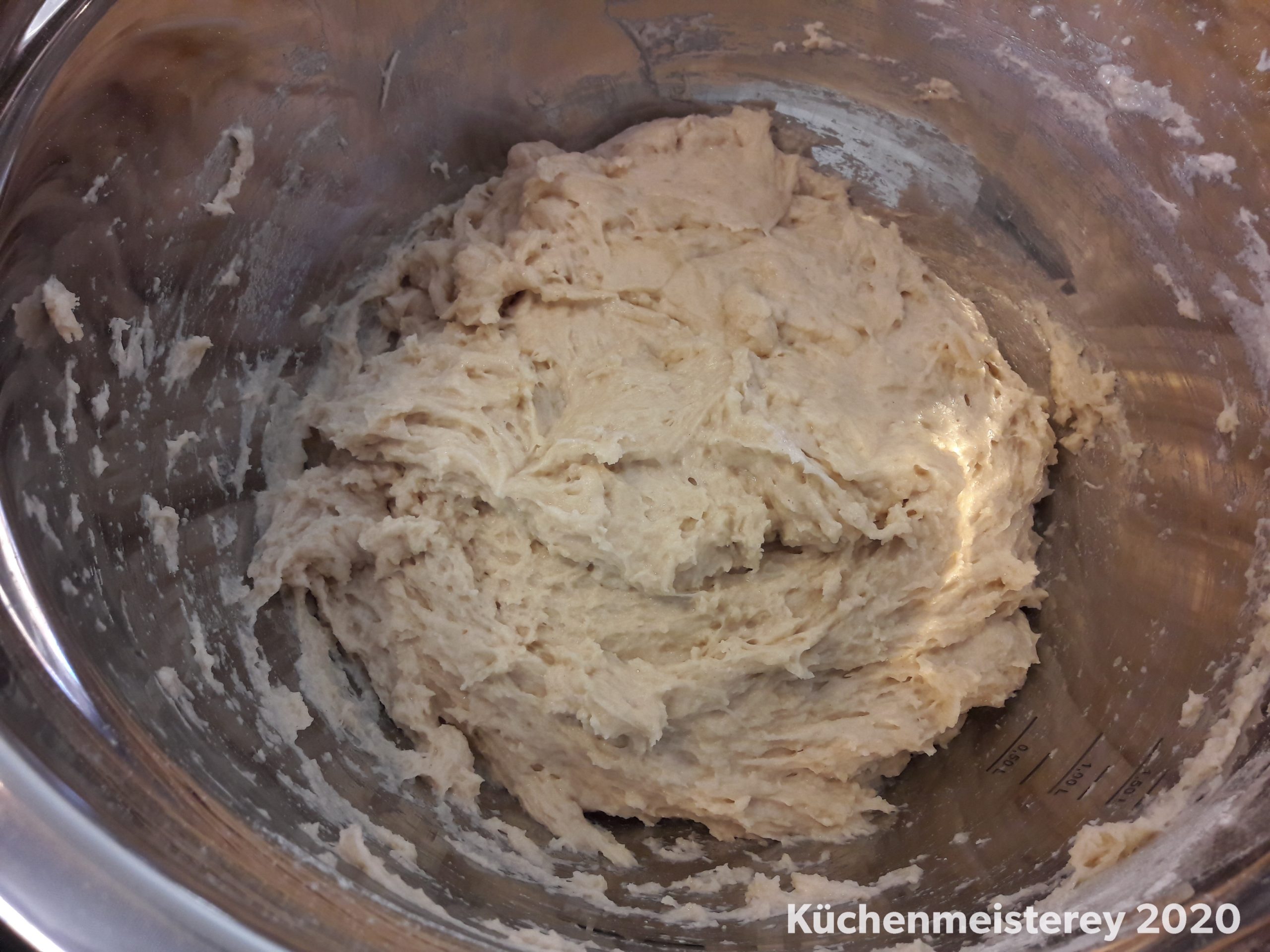 Preparing of the stuffing:

If you want to make a quince puree, take as many quinces as you like and cook them. Take a mortar and crush them in it and beat them through a cloth. And take some egg yolks and boil them with it. And put sugar on it and do not salt it.

Since the recipe does not mention whether the egg yolks are raw or cooked, I tried both variations.

Both variants taste super delicious with the doughnuts!